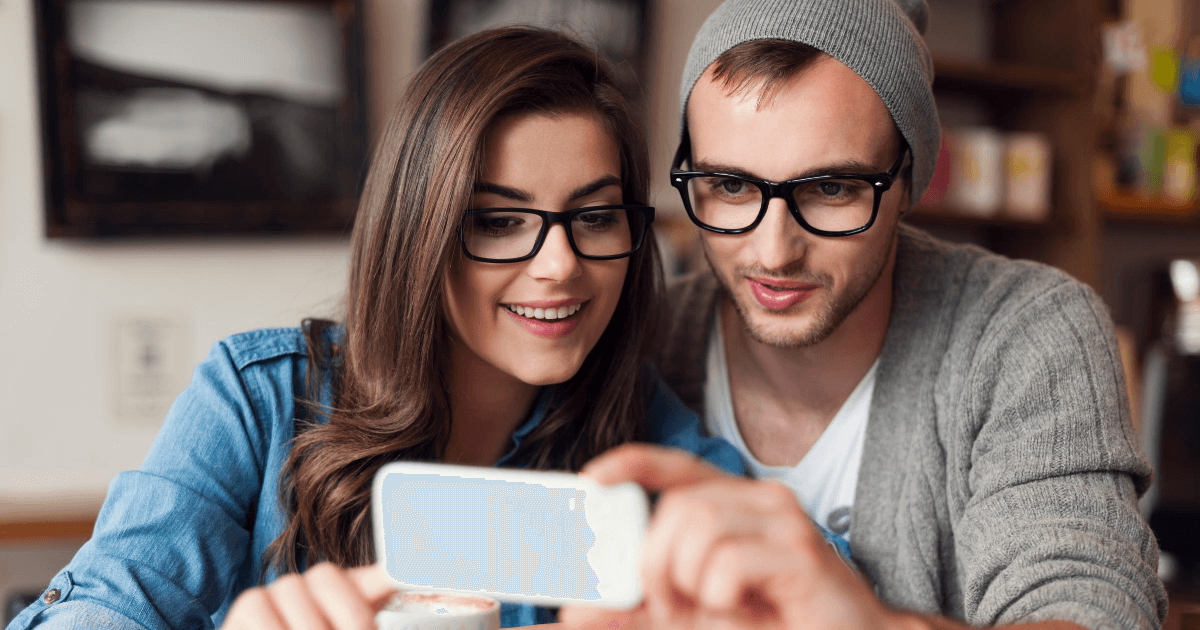 Want to play the MOBA games on your Android mobile? You will find the best ones here! Multiplayer Online Battle Arena comes from the Real-Time Strategy (RTS) games. The rules are simple like other RTS games. The isometric perspective of the map adds a 3D touch to the game. Let us discover some best MOBA games for Android.

Here are the top 22 MOBA games for Android:

League of Legends: Wild Rift is a recently designed MOBA game for Android with a whole new adventure. It has a new design yet a well-familiarized mode of 5v5 multiplayer games with an unending fun.

This Multiplayer Online Battle Arena game brings fast Player-Versus-Player (PVP) PC experience into the mobile gaming world. This is an improved version of League of Legends with options to choose the best of the champions from the huge casts of the previous version. Interestingly this version has added the Rift feature in the map to take the thrill to a heightened level.

Mobile Legends: Bang Bang with a 4.2 rating made its entry in 2016, which is also one of the best MOBA games for Android till today. Oddly enough the game was chosen in the first-ever medal event for esports competition at the 30th South Asian Games, 2019 held in the Philippines.

The gameplay here is simpler than most other MOBA games where the two teams rebel to reach and destroy each other’s base. Meanwhile the players need to defend their own base to get control of a path called the lanes, which links the bases.

Arena of Valor with a 4 rating out of 5, came into the scene in 2016 and it works best MOBA games for Android as well as on other platforms such as iOS and Nintendo switch.

The Multiplayer Online Battle Arena game involves many interesting modes, among which Grand Battle, Valley Skirmish, and Abyssal Clash are the game stealer. The teams compete to defeat the opponents’ turret with the main goal to destroy the enemy core which marks the winning point. You will love playing this MOBA game.

Vainglory is quite old among MOBA games for Android. With more than 10 million downloads and a 3.7 rating, this game indulges two sets of players in combat. The goal is to defeat the enemy by controlling paths of the bases lined by turrets and guarded by Al controlled enemy creatures.

Every team has 5 players and they can deploy a character named Hero independently from their systems. Other characters include minions that are less powerful computer-controlled characters. The winning strategy is destroying the enemy turrets and finally striking at the Vain Crystal at the enemy’s base.

Clash Royale is a free to play MOBA game with 4.2 rating and more than 100 million downloads. This Real-Time Strategy (RTS) video game is one of the best MOBA games for android. It features few elements like tower defense, Trading Card Games (TCG), and many more such adrenaline-pumping gaming elements.

The MOBA game works well on both iOS and Android platforms. Clash Royale features two or four players i.e. 1v1 or 2v2 gaming mode. The gameplay involves simple strategy like most other MOBA games, for instance, defeating most of the opponents’ towers and by exclusively striking on the king’s castle one can have an instantaneous win!

War Robots has a 4.2 rating and over 50 million downloads and it is available in the Hindi language. The game functions best on Android devices. It is one of the best MOBA games for Android since 2016.

It features 12 different maps with different locations and winning strategies and each of the players gets randomly placed in 1 of the 12 maps. The Multiplayer Online Battle Arena game involves different modes such as Quick Match, Domination, Beacon Rush, Team Deathmatch, Free for All, Arena, and Skirmish.

Brawl Stars is a 4.3 rated MOBA game that made its debut in 2017. It is free to play and one of the best MOBA games for Android devices. Brawl Stars involves players battling against each other. They can choose among numerous brawlers which they will have to unlock during the match.

Each brawler has a role to defeat the enemy brawler with its skills thus, unlocking certain powers. As the game levels up, the gamer comes across loads of unlocking and unboxing that adds power to the brawler.

The gameplay in Wayward Souls is more thrilling with a less dungeon set-up. The MOBA games’ players can choose one out of the six characters who are differently skilled. The game starts with the player getting locked in a room and must fight off all the enemies to continue the game.

Planet of Heroes is a 2.9 rated mobile action MOBA game for Android. The players can challenge each other from around the globe. The app offers a platform combining the best of RTS and RPG.

This is a free to play MOBA game with free download options, although certain features like skins and consumables require real cash to unlock. The game users are in awe with the setup and the graphics.

Seven Paladins SEA: 3D RPG x MOBA Game is a 4.4 rated mobile action, one of the best MOBA games for Android and has more than 100,000 downloads. It is equipped with superbly designed 3D maps. The MOBA game Seven Paladins is known for its amazingly cute characters which can sum up to more than 100 such characters.

It is obvious for the gamers to experience jaw-breaking visual effects featuring numerous spells and fascinating killing styles. The players can recruit a number of knights and ninjas to fight monsters and many more mysterious creatures. You will love playing this game on your Android devices.

Onmyoji Arena is one of the best MOBA games for Android phones with more than 5 million downloads and a 4.2 rating. The game has rich graphic and visual effects which are obvious to capture the gamers’ heart and soul.

The Multiplayer Online Battle Arena mobile action game Onmyoji Arena is a part of a bigger network, the Onmyoji series which is again a hit! The game indulges players in a bewitching aura of Japanese aesthetics, with a special Fog of War mode and numerous skills that keep the players engaged as they reign to battle.

Paladins Strike is a 3.4 rated mobile shooting MOBA game for android which features a 5v5 gaming mode. It has more than a million downloads. In the Paladins Strike game, the players battle against other gamers from around the globe.

The Multiplayer Online Battle Arena game features interesting build modes, which the players tactfully use to fight against the enemy team. Each player can choose its own champion out of the 15 available champions which are uniquely build and skilled. Oddly enough, the player gets sheer freedom to put on an avatar suitable for the battle.

ShellFire – MOBA FPS is one of the best MOBA games for Android with a 3.6 rating features a 5v5 match with several enthralling gaming modes. It has more than 5 million downloads. With Zombie rush mode the player faces thrilling challenges with zombies flooding in and around the pitch.

In this mode, the player has to survive 10 rounds to win exclusive prizes. The player can easily defeat the enemies by combining all three runes available Apart from this, new skins get added and the heroes get updated every week! One of the best MOBA games you must try!

Heroes Evolved is a 3.7 rated mobile action game with more than 10 million downloads. Being one of the best MOBA games for android, it revolves around Real-Time strategy and MOBA based gameplay. The game also works on iOS and Microsoft Windows platforms.

Heroes Evolved features excellent graphic and visual effects that are obvious to capture the player’s heart and soul. The Multiplayer Online Battle Arena game has some interesting elements like for instance more than 50 characters to choose, two highly defensive teams (Eternals and Ancients), and many more fun-filled strategies to survive and succeed.

LoA is quite a fast-paced Multiplayer Online Battle Arena game that finishes in a mere 10mins. The players need to work on their team to win against the enemy troops which obviously seem more powerful! This game also allows the players to play with gamers all around the globe with a common leaderboard show casting their gaming skills.

Survival Heroes with a 3.7 rating, is one of the best MOBA games for android. The gameplay demands sheer luck and skill to win the battle. Player must skillfully choose the weapons to become a real survivalist.

Awakening of Heroes: MOBA 5v5 is a newly released game available on PlayStore. With more than 500,000 downloads, the game is on its way to becoming the best MOBA game for Android.

The game is another 5v5 free-to-play 10 minutes match. With a thrilling experience of PvP matches on a 3-lane map, the MOBA game has many exciting features viz. Bomb Touchdown, Jungle rewards, etc. It supports teamwork, skill work, making war friends, and being a legend.

Legendary Heroes MOBA Offline is a 4.1 rated MOBA game with more than 5 million downloads. The game is known for its intense actions and excellent touch controls. So, we have listed it as one of the best MOBA games for android.

This MOBA game is known for its real-time action strategies, and heroes, each with 4 superpowers. There are 40 maps in campaign mode, thus, making it even more challenging and exciting. Legendary Heroes MOBA Offline game will let you have a lot of fun.

League of Masters: Legend PvP MOBA is a 3.3 rated game with more than a million downloads. So, it belongs to the best MOBA games for android with only 100MB size.

Being a Multiplayer Online Battle Arena game, League of Masters allows 1 vs1 and 3 vs 3 PvP matches. Other attractive features are its numerous maps and gaming modes. It is a short game that will enable you to destroy your enemies in less than 10 minutes.

Heroes Arena is a 3.5 rated MOBA game with more than 10 million downloads ever since 2016. It has superfast matchmaking and low waiting time so that you will love playing in the team.

The Multiplayer Online Battle Arena game involves 20 uniquely designed heroes with their special abilities with different skin tones under six different classes. It allows a 1v1, 3v3, and 5v5 PvP. The app focuses on speed and involves the mechanism of auto-record of battles. There are several controls to gain a competitive advantage.

Brave Legends: Heroes Awaken is a 4.4 rated game app available in the Google PlayStore with 100,000 downloads. The app was released in 2017 and has become one of the best MOBA games for android in 2021.

The Multiplayer Online Battle Arena game involves more than 100 heroes. Collect them all to build the strongest team. The app focuses on high mobility, dodging the enemies, and moving in auto-battle mode. With real-time matchmaking and an exciting PvP, the game gives a thrilling experience of dungeons and war with your unique strategy.

22. Heroes of Order and Chaos

Heroes of Order & Chaos is a 3.6 rated game with more than 10 million downloads. This popular MOBA game for android is an addictive and exceptionally engaging battle. With a 3v3, 5v5, and PvP, gamers have the option to play solo or fight against other players all around the globe.

The MOBA game Heroes of Order and Chaos involves 57 heroes with different powers- wizards to bruisers. With maps and strategies, your battle mode can enjoy some real-time action. Furthermore, in spectator mode, you may even watch your opponents and friends battling live.

These are 22 best MOBA games for android anyone can ever play! So what are you waiting for! Explore these fun-filled multiplayer online battle arena games and kill away your boredom. Happy gaming!