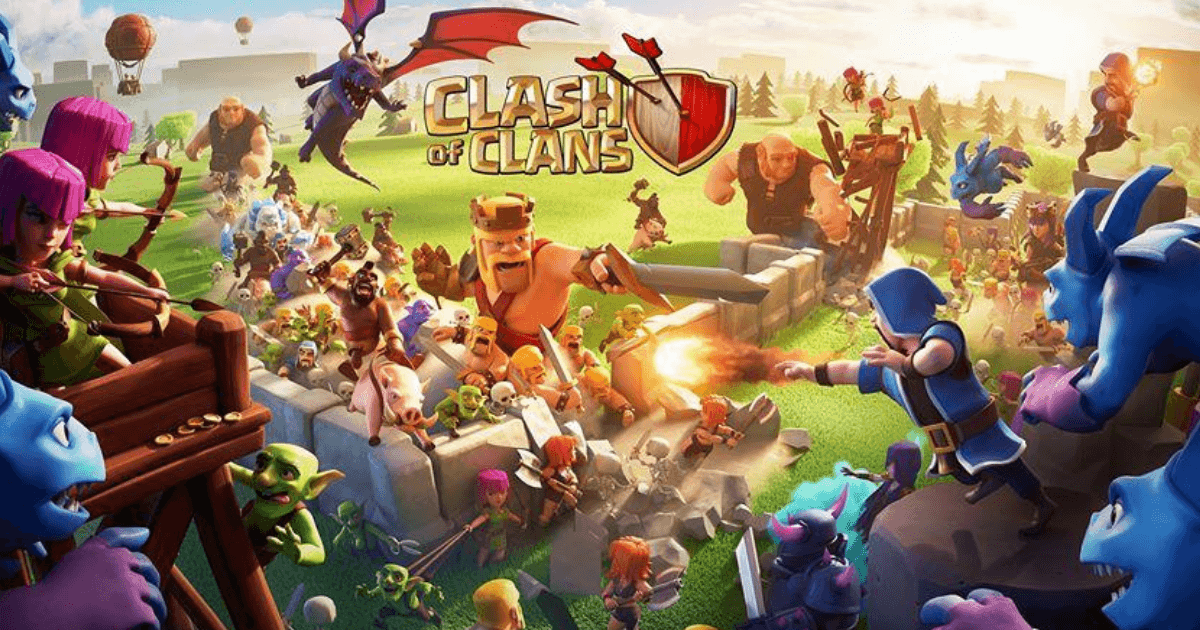 Firstly congratulations on making to the Town Hall 9 base. The challenges have now reached an ultimate level making it one of the toughest hall levels to cross. By far, you have maxed out all the TH8 defenses; it is time for you to enter the game with a Clash of Clan attack strategy TH9.

In this article, we will go through some of the strategies in no particular rank. The list, along with your subjective opinion, can lead to your best troop strategy in Clash of Clans for 9th Town Hall freshers.

Let us begin with a dragon Clash of Clan attack strategy TH9. Yes, I know they are base specific; thus, becoming slowly viable at TH9. However, once you know how to take out the air defenses, you will find overwhelming results; therefore, accounting as the best troop strategy in Clash of Clans for 9th Town Hall freshers.

Assuming there are two air defenses on the opposite wall, use three lightning spells and one earthquake to take out those defenses while letting the course for your dragons to enter.

Now the rest of the air defenses keep your Lava hound, lots of balloons, and a haste spell as your backup. Assuming the two air defenses are split adjacently, one on end and the other towards its north, bring in your suicide heroes. Your king and queen will takeover one, and the LaLo, the other. Here, make sure that your LaLo attacks the air-defense in the north so that the king and queen create a funnel successfully. Let your dragons come through quite smoothly.

It begins with setting a path for the riders while taking out some buildings. Any clash of clan attack strategy’s primary defense is to take down the clash castle troops. For that, you need to know what is in there. That is possible through a scout attack.

The next attack will be the enemy Archer Queen (AQ) and the barbarian king. If you let, they will take down our riders in a blink of an eye.

Start with taking down the bottom base area, allowing the riders to come around the top. Deploy a golem. This will lure the golem towards the side, with the tesla popping up. Let a rider handle that. Use a couple of archers to deal with the builder hoods to avoid running out of time.

You have your troops in, king and queen down, your hog riders now charge in surgically. With a small funnel built, make sure the riders move towards the center where the wizard tower is located. Use your heal spells to cover the entire central base. Most of the imminent danger, including the splash damage, is now covered.

This strategy is a clean deal, the best troop strategy in Clash of Clans for 9th Town Hall freshers. To avoid time failure, allow the cleanup troops to surge in as soon as the riders take down the defenses.

This is my favorite Clash of Clan attack strategy TH9 and can guarantee a 3 star if done correctly. They are sturdy, reliable, capable in both TH9 and TH10, and more comfortable than any other strategy. It is a lot like hog riders strategy, i.e., setting a kill squad to kill particular objectives; the finish is, however, a tad different and efficiently satisfactory.

Firstly, we let the troops take over the building at the top and bottom of the base, creating a path for the force to pass through. It is basic funneling yet again; however, be careful when you are using bowlers. They tend to move around the base often. Avoid that! Letting the troop in, we let the queen in, and mostly make our way to the center of the base, taking down both sweepers.

By far, we have already set a clear path at the back end, letting the loons in, wrapping the area from everywhere. Either use a spell to blast through the wizard tower, or use your loon as a distraction in the backend while your main clan passes through without a hitch. Remember two things- watch out for splash damage and keep your ballons protected.

The LaLo strategy is the best troop strategy in Clash of Clans for 9th Town Hall freshers because of its userfriendly cleanup ploy. You have the lava hounds pop into lava pups. Use minions, if necessary, to avoid time failure.

Let us agree that they are the most powerful and one of the best troop strategies in Clash of Clans for 9th Town Hall freshers. Send in three golems, one on either side of the base, and one down the center along with your witch, therefore, covering the entire front. Assuming the air defense is more centralized, the strategy works best either by witches reaching them or else entering the buildings while keeping the healers out of the way.

Note- you need jump spells, one rage spell, and one healing spell alongside your poison spell for your CC.

The Clash of Clan attack strategy TH9 involves letting a pack of witches coming from the outside, one coming from the other side, and a small team coming around the middle of the base along with your heroes and bowlers. Two healers are more than enough to keep the witches alive. Get through the king, followed by the wizard tower. With a centralized air defense, you will be able to protect your healers.

I have saved the best troop strategy in Clash of Clans for 9th Town Hall freshers for the last. It is interesting because you get to be surgical with your approach. The tactics involve a massive kill squad along with a couple of hog riders to supplement the whole ploy.

You need to create a path using chum spells or an earthquake spell to open up a compartment in the back area, granting access to 2-3 golems followed by a couple of wizards. The golems spread around the base for distraction purposes. While the defenses are distracted, the wizards follow soon after golems, charging in towards the sensor. Make sure the wizards don’t get obstructed from their plan.

Use a couple of hog riders to sneak in and let the plan in motion. With the outside defenses stripped-down, our heroes, golems, wizards charging towards the main sensor, use skeleton spells to get through the base, take down the defenses, and the enemy heroes. This Clash of Clan attack strategy TH9 does look messy and requires a great deal of practice.

With the above five best troop strategies inClash of Clans for 9th Town Hall freshers, it is guaranteed to get at least a 3 star and get through the level with your army clan. Assemble your troop and charge in with your Clash of Clan attack strategy TH9.