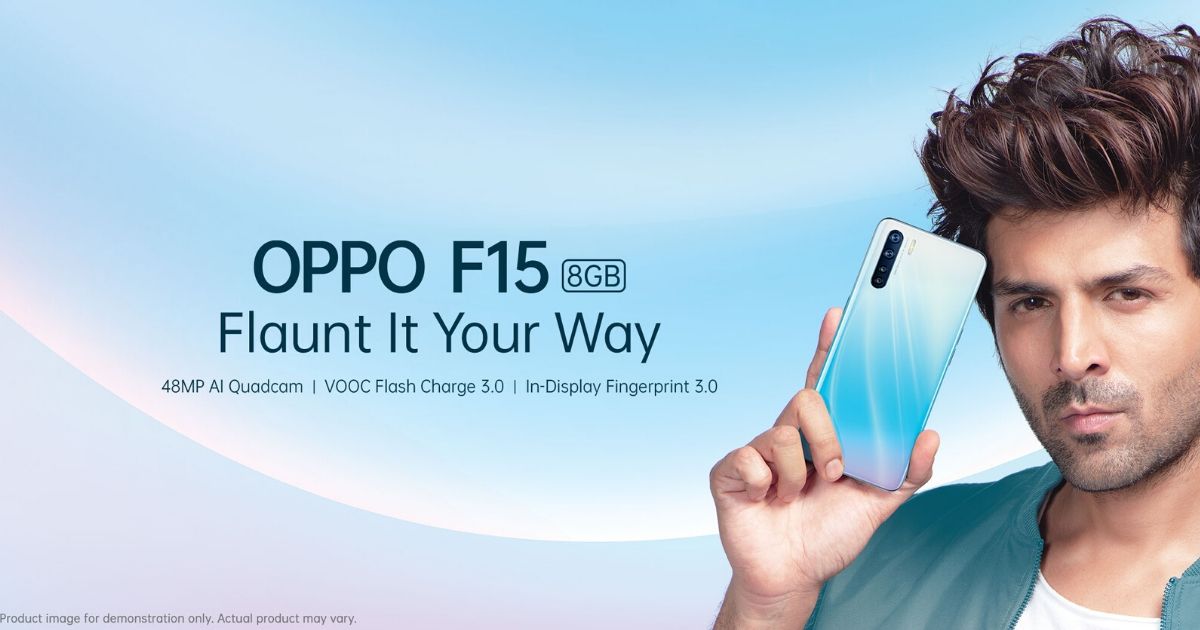 After F11, Oppo will also launch F15 this year in India. F15 is going to be the predecessor of both F11 and F11 Pro. Oppo launched both the models in March 2019. Rumors have that Oppo F15 will have sleek look and lightweight design, however, Oppo hasn’t shared any details about the features and specifications of the phone as of now.

Also, Oppo has only thrown just a hint in a few words about its intention of launching F15 this year. Chances are high that the company will launch this model in the first quarter of this year since F11 and F11 Pro will complete one year in March and the market will be looking for an upgrade.

Oppo F15 will have a sleek design and since we know F-series from Oppo for selfies, we are expecting a powerful front camera as well. The teaser shows a side view of the phone revealing a curved metallic frame with a shiny finish. The power button matches the color tone.

Also, it seems like the camera module is elongated and is supposed to carry a vertically-aligned lens array. Oppo F11 and F11 Pro come with dual rear cameras, hence, we can assume that F15 will also have at least two rear cameras. However, looking at how the market is flooded with triple or quad cameras, we are not ruling out the possibilities.

The announcement has filled the new year beginning with thrill and anticipation.

We are looking forward to the launch of Oppo F15 in India.