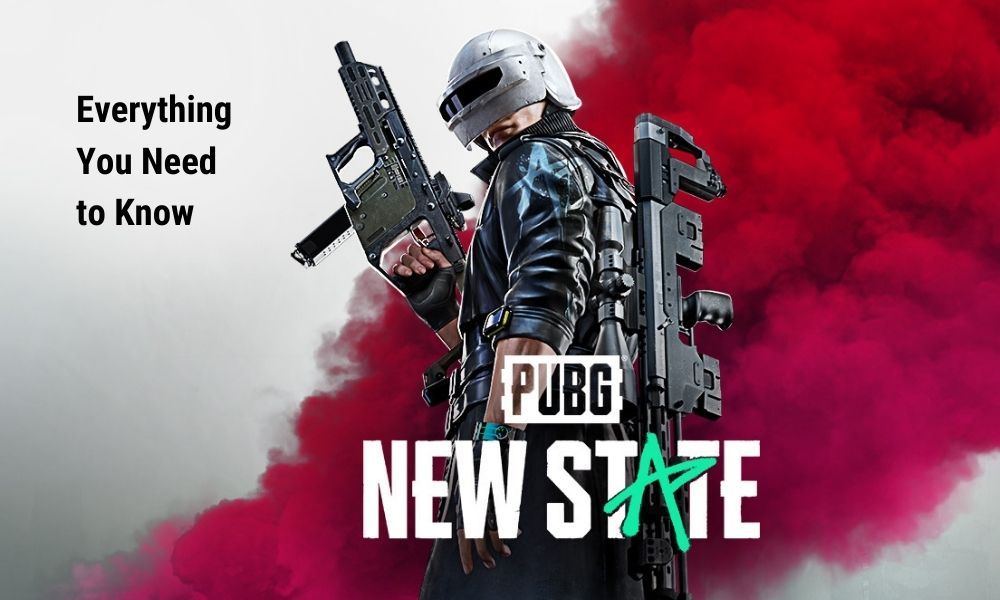 PUBG Studios is back with another Battle Royale mobile game. No, it is not PUBG Mobile. This time it is PUBG: New State. The announcement is welcomed with grandeur and enthusiasm by PUBG fans from all over the world. The journey has already begun in many parts of the world. It’s finally reached India, as well. Indian users can now start with the pre-registration procedure. Let’s learn about PUBG: New State release date, pre-registration, system requirements for Android and iOS, weapons, and gameplay.

What Is PUBG: New State?

PUBG: New State is the upcoming latest version of battle royale mobile games from Krafton Inc. Prior to the same, the company had released PUBG Mobile, which is quite similar to its latest twin. Even though the same battle royale formula is used, the New State version is set in 2051. Players now get to battle envisioning the future gameplay and using futuristic technology.

PUBG: New State is expected to release by October 8th in India. After its global announcement, it has finally set its course in India as well. Pre-registration is open on its official website.

As mentioned on its official website, the PUBG: New State version is available on both Android and iOS devices. Now all you have to make sure is your phone is compatible and suitable to match the game’s requirements. They are basic and expected to meet every user’s mobile device. Make a note of the following.

The version requires at least Android 6.0 with a RAM of at least 2.5 GB to run. Make sure you have that much space on your phone.

If you’re using an iPhone, make sure your phone runs an iOS version of 13.0 or higher. That means you must have iPhone 6S or later models. Also, it is still not sure whether the game will release a lite or beta version depending on the end device capability.

If numbers could narrate, it is better to acknowledge that PUBG: New State has already garnered more than 32 million pre-registration even before its announcement in India. So the figure shows fans excluding users from India and China.

To pre-register, you can directly click on the Android or iOS link. That will take you to Google Play Store or App Store directly. Once you are on the page, you can click on the pre-registration button on the store. That’s it. You are good to go. You have officially pre-registered for PUBG: New State. The game will automatically be downloaded on your phone device once it is officially launched.

The PUBG New State is often compared with PUBG Mobile. It is high time we note the best features and flaws comparing both the battle games. Soon enough, Krafton Inc. will come up with better updates meeting the needs of their worldwide fans. Let us look into a few aspects and contain our excitement.

Since the gameplay is based on a similar formula, the new format will also include 100 players and a shrinking blue circle. Each of these players gets to have various vehicles to run- motorcycles, cars, 4×4 jeeps, drones, buggies, etc. Also, the play is set in the future.

The gameplay screen could incorporate a real-time bullet meter, therefore, showing exactly the number of bullets you are left with. It gives you a count in both geographical and numerical format. The screen will also reveal the number of kills, assists, and the number of people still alive in the game.

The map, also known as the Troi, is roughly 8×8 km in size and can be notably compared with Erangel and Miramar. It offers large indoor spaces, such as a mall.

As a matter of fact, the New State hosts various weapons, including assault rifles, SMGs, grenades, sniper rifles, and many more classic weapons. It is assumed that classic weaponry such as the Scar and DP-28 could make a comeback. The trailer also reveals a futuristic holographic display.

There is a possible chance of weapon customization, such as in the case of Gunsmith in the upcoming battle game. The trailer also reveals a hint of players using a small shield, as in the case of Call of Duty: Mobile. There is much anticipation and a lot more hope. It is yet to be seen what all yields into real fruits.

Fans are excited about another adventurous battle game. The PUBG: NEw State is expected to take them through a similar excavating journey as its elder had. Let us hope the game will do justice with people’s expectations and hopes with much anticipation and vigor. Let the phone battery never run out of juice!

When is PUBG: New State coming out?

The release date is yet to be revealed by PUBG Studios. However, pre-registration has already begun. If you do register now, you will be rewarded with a limited permanent skin in advance. Hurry up!

Is PUBG: New State out?

Well, the news is out. The pre-registration process is on a whim. Millions of people have already registered themselves and are on the queue in the much-anticipated line for the royale battle game.

Where is PUBG: New State available?

The recent PUBG battle game is available on both Android and iOS devices. So it does not matter which phone you carry as long as your OS and RAM meet the minimum system requirements. Do go through the article to know more.

The New State game has recently opened its door to Indian users too. So you can now go to the Google Play Store or App Store, as the case may be, and get yourself registered beforehand. The game will be downloaded on your device as soon as the game is officially launched worldwide.