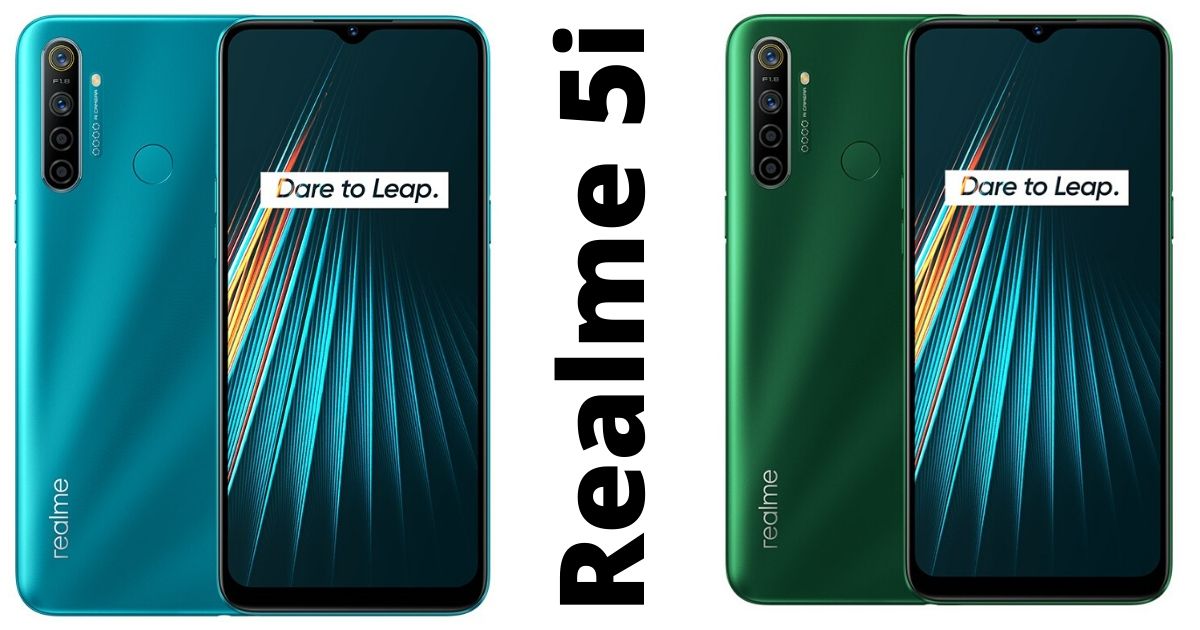 On January 6, 2020, Realme 5i will be first launched in Vietnam and the timeline for its release in other countries isn’t confirmed yet.

Also, ahead of its official launch, it has been listed for online registration on FPTShop, the Vietnamese eCommerce site that has revealed its alleged price which is approximately Rs. 13,000.

The posters of the phone on Realme’s Vietnam Facebook Page reveal that it will be available in green and blue colors with a rear panel that comes with a gradient subtle finish. Realme 5i seems to be a watered-down version of Realme 5.

Realme 5i is still an enigma when it comes to specifications. It has a waterdrop notch on its  6.52-inch HD+ display.

Besides that, it might have 64GB of internal storage and 4GB of RAM. And it will be powered by Qualcomm Snapdragon 665 processor.

It will come with four rear cameras- a 12-MP main camera, an 8-MP wide-angle camera, and two cameras, one depth sensor and one macro shooter of 2-MP each.

In conclusion, with these expectations, Realme 5i has grabbed everyone’s attention and we are eagerly waiting for its launch worldwide.