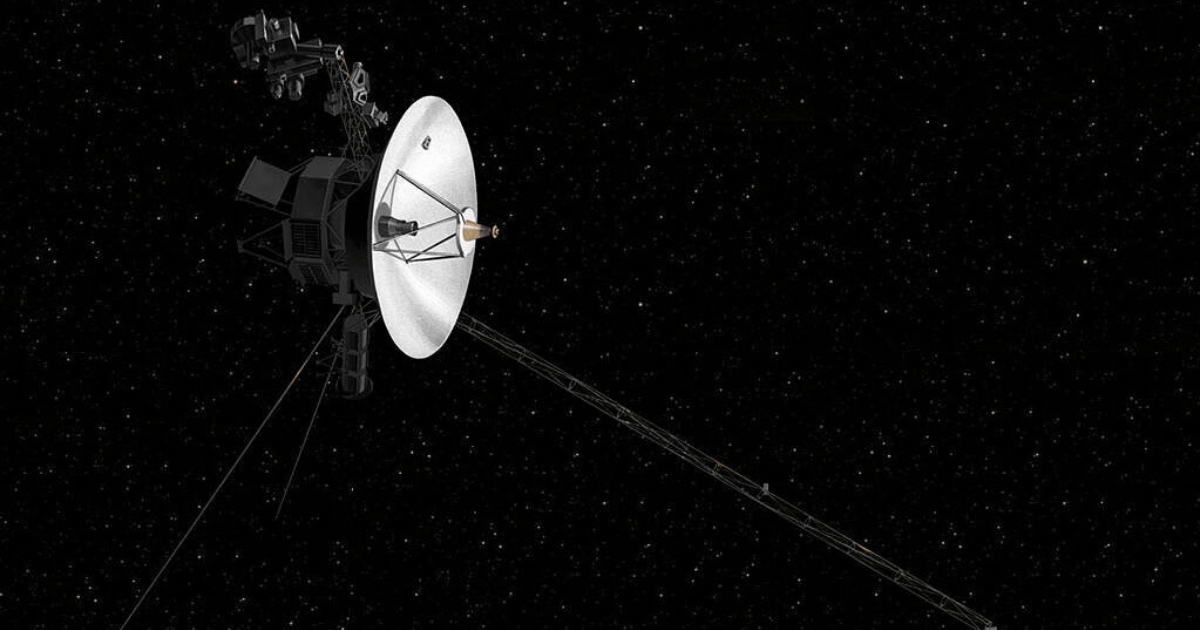 43 years ago, Voyager 2 left on a never-ending journey into space. Today it is 13 billion miles away from Earth with nothing but emptiness and darkness all around it. It has been its fate. Today, Voyager 2 counts as NASA’s longest-running space mission. It has faced many difficulties in its journey but this time the challenge is unprecedented. But before we dive into the details of this upcoming challenge, let’s take a look into Voyager 2 and its 43 years-long journeys.

Voyager 2 is NASA’s second space probe to set foot in interstellar space. It was launched on Aug. 20, 1977, and on Dec. 10, 2018, it joined the list as the only man-made object to enter between the stars in the space with its twin Voyager 1.

The aim of the Voyagers was to make use of the rare planetary alignment for studying the outer solar system closely. The planets Jupiter to Neptune were the target of Voyager 2.

Voyager 2 Will Be on Its Own

Voyager 2 has experienced glitches every now and then. But what is about to come has never been done in the entire space history.

From this Monday, the space probe will be cut off from Earth for 11 months.

NASA will not be able to send any communication of Voyager 2 if anything goes wrong. Usually, it takes one and a half-day to talk to the space probe currently.

NASA is taking offline a vital piece of Space Age equipment for upgrades and repairs. This equipment is used to send messages all over the solar system. A bunch of new missions to Mars is scheduled for this Summer and that has made this downtime necessary.

However, it also indicates that the essential infrastructure NASA relies upon is old and needs expensive upgrades. The long-distance calls into space need extremely powerful radio antennas and NASA has the Deep Space Network, its own switchboard.

Four missions are scheduled for Mars out of which three will need additional bandwidth to communicate with Earth. The trajectory of Voyager 2 allows it to talk to only one station and one antenna. And that particular antenna, Canberra’s 70-meter dish aka DSS 43 needs to be improved for the upcoming Mars Missions. Hence, they will need to shut it down for a while.

Voyager 2 is a geriatric spacecraft and losing contact with it is going to be risky. But there is no good time to take down an asset and repair it. And for the next 11 months, NASA’s ability to communicate with this aircraft will be limited.

Also, it is extremely risky to keep the communication antenna of Voyager 2 pointed at Earth. For this, to stay oriented, the probe has to fire its thrusters a dozen times every day. The manager of the mission has to assume that it will be carried out flawlessly for 11 months.

Staying warm is the other challenge they will be facing. The team used to slowly shut down instruments for using their heaters to keep the fuel lines of the space probe at 32 degrees Fahrenheit. Even when NASA will not be able to command Voyager 2, they can still listen to it.

They can still collect its observation by combining the power of other Canberra antennas. However, if something goes wrong, they will not be in a position to help. All they will have to do is watch helplessly.

NASA has done everything it can to prepare Voyager 2 for this blackout but in Space, nothing goes according to the plan. It is still a gamble, a calculated one, but a gamble nonetheless.

During its trajectory of 43 years, Voyager 2 has faced many glitches. In January, the probe experienced a glitch where its five operating science instruments were turned off by its fault protection routine. But now they are back online and working fine. However, it failed to execute a spin maneuver and calibrate its magnetic field instrument. Two systems remained running at high levels of power making Voyager 2 overdraw its available power supply.

It was challenging to fix the problem since it takes 17 hours for a message to go forth and another 17 to come back. But despite all the challenges, the team was able to fix the issue and get Voyager 2 up and running again. This was possible because NASA was able to communicate with the spacecraft.

Now with all the communications closed for almost a year, it is hard to say what is in store for the old spacecraft. If any more glitches occur during this communication blackout, all they will be able to do is stand and watch.

Along with NASA, we all are hoping that all goes well for this grizzled space probe and NASA during this communication shutdown. Canberra has been operational for half a century now and is in a serious need of up-gradation. Fixing assets in such conditions are never comfortable but what needs to be done must be done.

Eleven months is a long time for not being able to communicate with a spacecraft that’s so far away from home and we don’t think we are ready to lose it just yet. Its Voyager 2’s destiny to accomplish greater things and we hope it will.